The world's first museum of contemporary art is under construction in Mie Prefecture. Details will be released at the end of 2023. 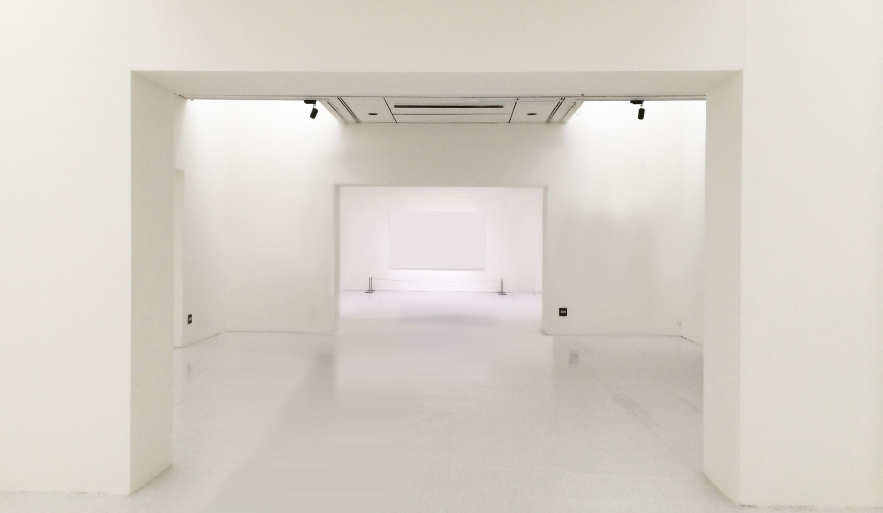 The first international art fair produced by us will be held in Osaka in the fall of 2023. We plan to hold this event every year with the theme of the forefront of art in Osaka,a city where tradition and the future coexist. 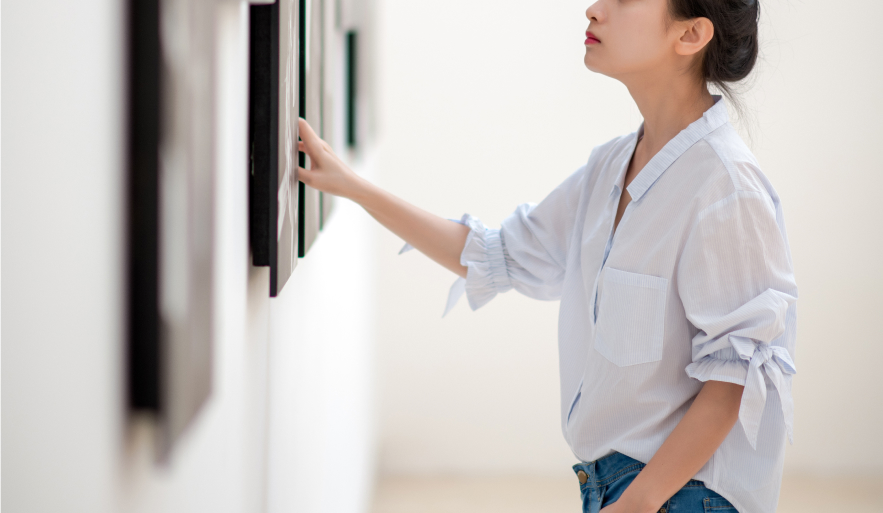 We manage Japanese and international contemporary artists. We are involved in everything from planning and organizing exhibitions, selling artwork, public projects, producing promotional materials and portfolios, handling interviews, media PR, and arrangement of shipping and delivering artwork.

Yuki Nara’s solo exhibition “ENSEMBLE” will be held in collaboration with The Westin Miyako Hotel Kyoto at Sukiya Annex “Kasimizuen”.

Nara, who has two faces as a ceramic artist and architect, was born in 1989 in Kanazawa City, Ishikawa Prefecture. This exhibition will feature his highly acclaimed Bone Flower series, his maiden work, as well as his new Lotus series.

Nara is proud to have a history of over 350 years, whose father is   Ohi Cyozaemon the 11th generation of Ohi potter, and his grandfather is a recipient of the Order of Culture.

In the mid 1600’s, when the lord of the Kaga domain introduced the Senke tea ceremony from Kyoto, Ohi ware was born in the area of Kanazawa as the only Raku ware side kiln, and the name was passed down from generation to generation in the family from the founder, Ohi Chozaemon.

Born the eldest son of a traditional family, Nara initially distanced himself from ceramics and studied architecture at Tokyo University of the Arts, graduating with honors from the university’s Graduate School of Art, majoring in architecture.

In 2021, he was selected as a finalist in the Under 35 Architects exhibition 2021, a competition for young architects in Japan.

Since its establishment in 1890, The Westin Miyako Hotel Kyoto has reigned as Kyoto’s premier hotel and guesthouse.

In 1925, the Kamisuien Garden was created on the grounds of the Kamisuien Annexe, a traditional Japanese-style house, by Hakuyo, the eldest son of the famous Japanese garden pioneer, Jihei Ogawa, the 7th generation of the family.

The garden was registered as a cultural asset of Kyoto City in 1994.

Designed by master architect Togo Murano in 1959, it is known as a masterpiece of modern postwar sukiya-style architecture.

The hotel is characterized by the traditional Japanese ryokan service, and was renovated by architect Takushi Nakamura in July 2020.

*Preventive measures are being taken to prevent the spread of the new coronavirus in the museum. Please refrain from visiting the museum if you are not feeling well. Please wear a mask, wash your hands, disinfect your fingers, and practice good cough etiquette.

The contents and events are subject to change. Please check the website for the latest information.

The word “ENSEMBLE”, which is used in the name of the exhibition, means “harmony”, and is used as a two-person performance or a polyphonic instrument in music.

Nara’s concept of ENSEMBLE is that two or more things cross over and create synergy and dynamism.

Just as the two different perspectives of architecture and ceramics have evoked new images, so too, something new is created by being influenced by others, influencing others, and renewing values.

Works are not born out of the blue. Nara believes that ENSEMBLE with others will be an opportunity for his own works to break through.

First of all, ENSEMBLE with KASUIEN. It is not only the spatiality of the architecture but also a cross between the spirituality that Togo Murano put his heart into.

Japanese gardens such as Kaisuien Garden and Nara’s works have in common the Japanese values and the ambiguity between inside and outside.

It is a light shining into the room from outside and a kind of veranda that connects inside and outside ambiguously.

This is an ENSEMBLE with Togo Murano, the designer of Kasuien Garden, Ogawa Hakuyo, who created the garden, and Nakamura Takushi, who undertook the renovation of the building.

Also on display will be the new “Lotus” series, inspired by the cutting-edge textiles of Masataka Hosoo, the 12th generation of the Hosoo family, whose tradition of weaving dates back to 1688.

By incorporating the philosophies and techniques of textiles into ceramic techniques, he is displaying new values of ceramic art like textiles.

Masataka Hosoo was born in 1978 into the Hosoo family, a long-established Nishijin textile family founded in Genroku era.

His textiles based on the techniques and materials of Nishijin weaving are being developed overseas, and have been selected by architect Peter Marino for use in his designs of Christian Dior’s flagship store and Chanel’s stores.

Since 2012, he has been involved in the project “GO ON”, a group of young craftspeople of the same generation who are responsible for Kyoto’s traditional arts and crafts, to promote them both in Japan and abroad.

In 2014, he was selected as one of Japan’s 100 Leading Actors by Nikkei Business magazine, and in 2016 he became a MIT Media Lab Director’s Fellow.

Finally, we will hold a collaborative exhibition with Hiroki Ohara, the fifth iemoto of the Ohara school of ikebana, one of the three major schools of ikebana.

As an artist, he has been actively developing his creative activities and expression through plants, both in Japan and abroad, as well as promoting the traditional Japanese culture of ikebana.

The Ohara school dates back to the end of the 19th century, when Ohara Unshin, the founder of the Ohara school, established a new style of ikebana called moribana and paved the way for modern ikebana.

Moribana” is a style in which flowers are arranged on a wide airtight container (water basin), and is characterized by its emphasis on a double-sided expanse compared to the traditional composition based on the movement of lines.

The well-known ikebana style using a water basin and a kenzan (sword) was started by the Ohara school. In the 130 years since its founding, the Ohara School has continued to create ikebana suitable for contemporary spaces based on the traditional flower arrangement, in keeping with the changing lifestyles of the times.

Inspired by the above-mentioned “horizontality” of the Ohara style, the new Bone Flower appears as a vase, and Ohara performs Moribana, resulting in a new work that complements the characteristics of both.

During outbreak times, the increasing division of people, cities, and countries has made us realize the importance of community, the spirit of harmony, the spirit of mutual aid, and the spirit of living together. All of the above spirits are a way of thinking as a team, not as an individual.

Nara believes that the future of traditional arts and crafts lies in the synergistic effects of the Ensemble, just as sports such as baseball and soccer are played by a team of people interacting with each other.

This exhibition is a collection of ENSEMBLE, and we invite you to enjoy the world view created by the orchestral variety of works.

Yuki Nara, ceramic artist and architect, born in Kanazawa, Ishikawa, Japan in 1989, graduated from Tokyo University of the Arts in 2013, completed the Tajimi City Ceramic Design Institute in 2016, graduated first in his class from Tokyo University of the Arts in 2017, and has been the president of the architectural design office EARTHEN since 2021. In the field of ceramics, he has been invited to participate in Art Basel / Design Miami (Switzerland), TEFAF (Netherlands), and SOFA (USA). His major awards include the Jury’s Special Prize at the Kanazawa World Crafts Triennial (2017).

His works are in the collections of Nezu Museum (Tokyo), Victoria & Albert Museum (UK), and others.

In 2021, he was selected as a finalist for the Under 35 Architects exhibition 2021, a gateway to success for young architects. He is based in Kanazawa and Tokyo, and his creative activities straddle the two fields of ceramics and architecture.

Resided in Tokyo, Japan, the eldest son of 11th generation of Ohi Cyozaemon.

Collaboration Artists Hosoo Masataka The 12th generation of “Hosoo” was born in 1978 into the Hosoo family, a long-established Nishijin textile company founded in the Genroku era. Hosoo has developed textiles based on Nishijin textile techniques and materials for the overseas market, and has caught the eye of architect Peter Marino, had clients from the world’s top maisons, such as Christian Dior’s flagship store and Chanel’s store.

Since 2012, he has formed “GO ON,” a project by young successors of the same generation of traditional craftsmen in Kyoto, to promote traditional crafts in Japan and abroad; in 2014, he was selected as one of Nikkei Business magazine’s “100 Leading Actors of Japan,” and since 2016 he has been a Massachusetts Institute of Technology (MIT) He has been a Media Lab Director’s Fellow. Official website： https://www.hosoo.co.jp/

Ohara Hiroki 5th Iemoto of the Ohara School Born in Kobe in 1988, I succeeded in the position of 5th Iemoto at the age of 6 in 1995. As an artist, he has been actively developing his creative activities and expression through plants both in Japan and abroad, as well as making efforts to popularize the traditional Japanese culture of ikebana.

Moribana is a style in which ikebana is arranged in a wide-mouthed container (suiban), and is characterized by its emphasis on the expanse of the flower’s surface, as opposed to the traditional composition that focuses on the movement of lines. The well-known suiban and kenzan style of ikebana originated from the Ohara School. In the 130 years since its establishment, the Ohara School has continued to produce ikebana suitable for contemporary spaces, based on the traditional style of moribana, in response to the changing lifestyles of the time.